Ten Hut! Clad head to toe in heavy armor, the Guard is a juggernaut armed with spear that allows him to attack out of the enemy's reach.

The Guard's 'Protect' skill dictates the overall tactics of a game. Whoever you choose to protect becomes a tank themselves.

Heroes that are near death but cannot be healed during the turn could be protected instead.

Since the damage received through protection is based on the protected hero's defense, it is advantageous to use in unit's with already high defense. So, try using it on Halberdiers instead of puny Thieves. 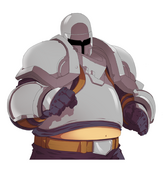 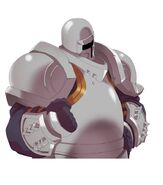 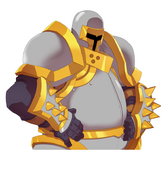 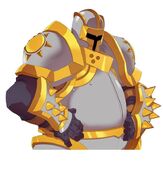 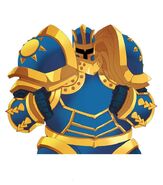 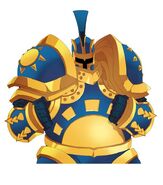 Legendary Guard
Add a photo to this gallery
Retrieved from "https://lionheart-tactics.fandom.com/wiki/Guard?oldid=10823"
Community content is available under CC-BY-SA unless otherwise noted.