The King of the Summerlands is a true leader, diving into the front lines of battle and supporting his allies with powerful auras.

The Hero has auras that could be used to boost attack of other heroes in battle. It could be used along with Paladin's aura to boost ranged heroes to help them take out enemies that might pose an imminent threat.

These are the max stats attainable through promotion and boosting (inventory not included).

Heroes when being promoted used to change their picture, visually showing you how they are better along with their toon. As of recently, instead of having a picture for every different rank, there are only two pictures.

These changes can no longer be seen in the game.. 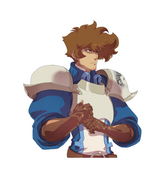 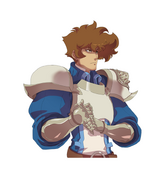 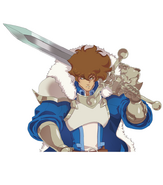 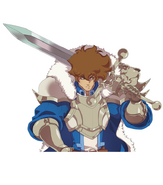 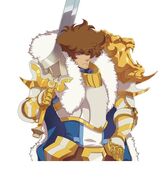 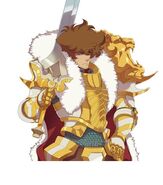 Legendary Hero
Add a photo to this gallery
Retrieved from "https://lionheart-tactics.fandom.com/wiki/Hero?oldid=10538"
Community content is available under CC-BY-SA unless otherwise noted.